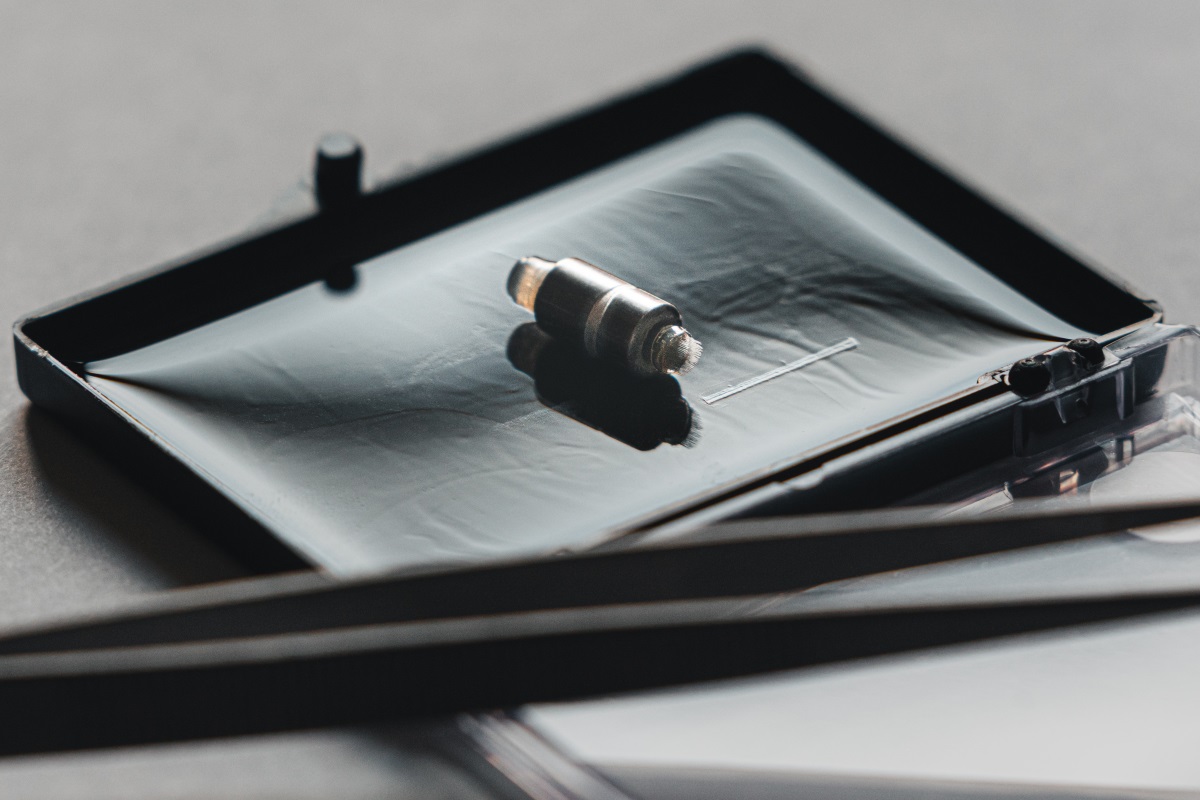 Abdulmalik Obaid and Nick Melosh explain their microwire array. This bundle of microwires can enable researchers to watch the activity of hundreds of neurons in the brain in real time.
An international team led by researchers at Stanford University has developed a new device for connecting the brain directly to silicon-based technologies. The interface has the potential to improve human prosthetics and enable technology that could one day restore vision or speech in patients (Science Advances 10.1126/sciadv.aay2789).
The device, which contains hundreds of microwires, can be gently inserted into the brain and connected to an external silicon chip that records the electrical brain signals transmitted by each wire. The team - also from the Francis Crick Institute, University College London, ETH Zurich and Austin, TX-based technology company Paradromics - has already successfully tested the device on the retinal cells of rats and in the brains of living mice.
Electronic movies
As Abdulmalik Obaid, a PhD Candidate at Stanford University, explains, the team’s main goal was to close the gap between the power of modern electronics and what is currently available in existing brain-machine interfaces.
“The difficulty with using modern electronics is there is a mismatch between the three-dimensional architecture of the brain and largely two-dimensional electronics. We sought to overcome these limitations by employing commercial silicon chips, such as the ones used in high-speed cameras and microdisplays, and combining them with arrays of microscopic wires,” Obaid says.
“As these chips are inherently flat, we combine them with easily tailored arrays of microscopic wires, which are precisely spaced to be minimally invasive,” he adds. “This approach lifts the scalable, but two-dimensional, silicon technology to the third dimension of the brain, allowing us to record ‘electronic movies’ of neural activity over large brain regions.
To scale-up and be able to record larger numbers of neurons, Obaid explains the research team had to create a brain-machine interface that was not only capable of recording from thousands of signals simultaneously, but also capable of integrating well with the brain and causing minimal damage. In doing so, he and his colleagues developed a way to create large-scale arrays of very thin microwires and figured out how to connect them to silicon-based devices, such as high-speed cameras and microdisplays, in order to take advantage of advances in those technologies.
imagen
“The combination of these two allows us to record more data from the brain, as well as being less invasive than previous approaches,” he says. “Another key benefit of this design is it allows us to simultaneously record different brain regions at different depths. This is important to study different neuroscience questions, or for brain-machine interfaces that need to reach different areas of the brain.” 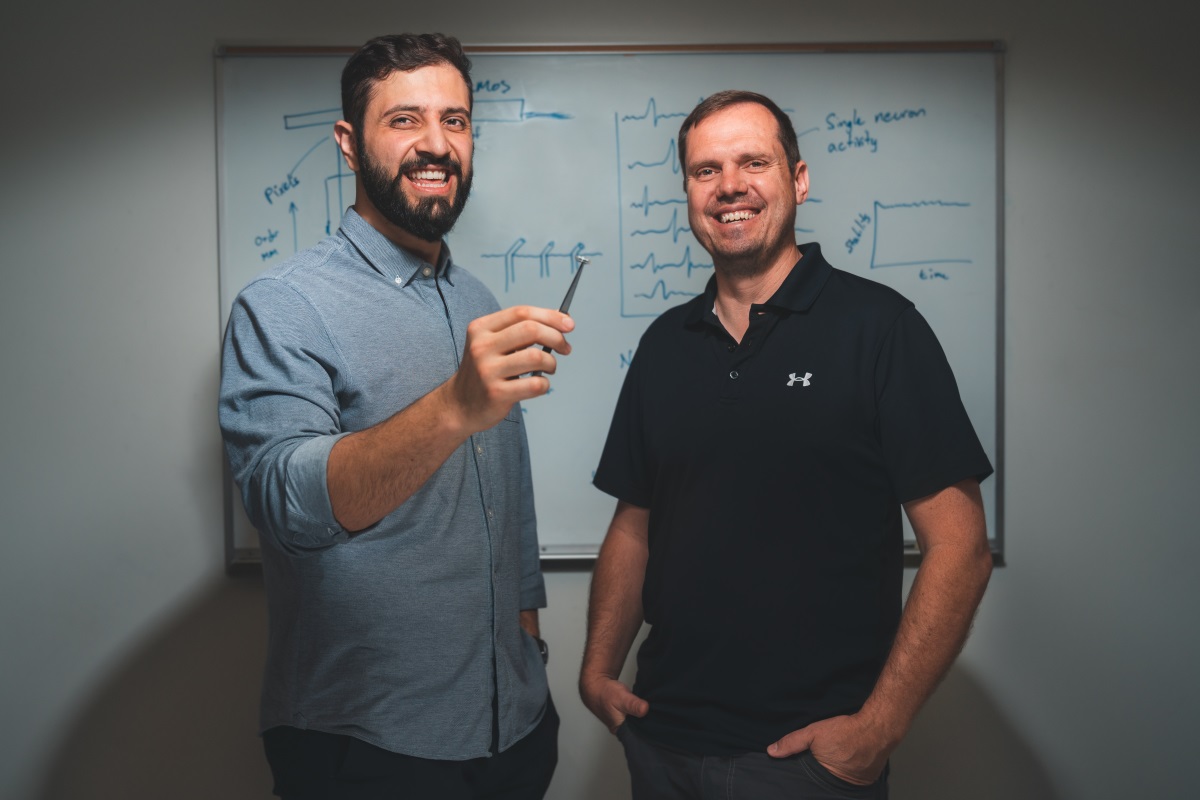 Abdulmalik Obaid (left) and Nick Melosh with their microwire array. This bundle of microwires can enable researchers to watch the activity of hundreds of neurons in the brain in real time.
Robotic limbs
Moving forward, Obaid says that the device has a broad range of potential applications in neuroscience research and brain-machine interfaces for clinical applications - particularly in view of its longevity and stability, which allows the team to study processes like learning in the brain.
“This is the neuroscience question we’re most interested in studying,” says Obaid. “In terms of clinical applications, while we are a way out, we’re particularly interested in applications for prosthetics, particularly speech assistance. The goal is that, through this device, the recording of more signals from the brain can improve the quality of prosthetics and enhance our understanding of the brain, both in healthy and diseased states.”
The team is currently testing the stability and longevity of the devices in the brain through long-term animal studies. Based on these studies, the researchers are also exploring what the neural activity recorded through the device can tell them about both short-term and long-term changes in the brain during learning.
“With the density and high resolution made possible by this technology, we hope that in the future it can be used to help improve human prosthetics, such as devices that can translate electric signals from the brain into robotic limbs, as well as devices that could restore vision or speech in a patient,” adds Obaid.