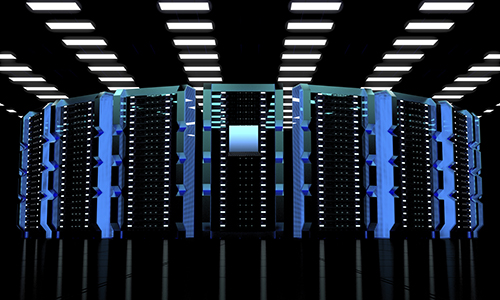 Mainframes: A Great Future Ahead

It's felt like a losing battle at times. Since the early 1990s, so many people-particularly people who know nothing about mainframes-have written them off as your dad's technology. They were called dinosaurs, although dinosaurs ruled the Earth for 145 million years (humans have been around for around only 200 thousand years in comparison). Former editor-in-chief of InfoWorld, Stewart Alsop, famously said in 1991: "I predict that the last mainframe will be unplugged on March 15, 1996." And it's true that many sites have stopped using mainframes. And yet, they are still going, and more people are beginning to recognize their true worth.
The good news comes from recent research from Forrester Consulting, which was sponsored by Wipro and Ensono. Wipro provides information technology, consulting and business process services. Ensono provides managed services for mainframe, cloud and hybrid IT. The study involving 153 IT decision makers at director level or above across the USA and Europe.
Their research found that 50% of businesses in Europe and the USA are looking to expand their mainframe capabilities, with only 5% thinking of reducing it. And what's driving this increase? According to the survey, it's artificial intelligence and blockchain. The survey also found that enterprises are now taking a hybrid approach to their infrastructure, migrating some applications to the cloud while maintaining certain business-critical applications on-premises and on mainframes.
The survey found that 48% of mainframes were being used for Enterprise Resource Planning (ERP)-i.e. the integrated management of main business processes, often in real time and mediated by software and technology-45% were used for accounting; 44%t were used for HR management; and 43% were used for Enterprise Content Management (ECM)-i.e. a set of defined processes, strategies and tools that allow a business to effectively obtain, organize, store, and deliver critical information to its employees, business stakeholders, and customers. The survey also found that a quarter of the sites are using their mainframes for mobile sites and applications. And 27% of those sites surveyed are using their mainframes for new blockchain initiatives and containerized applications.

For the 77% of organizations now prioritizing mainframe modernization, the Forrester study states that this cannot be done in a vacuum as 82% of respondents report that implementing DevOps is a critical or high priority. The survey also found that 38% are planning to adopt DevOps for their mainframe strategy. 28% are refactoring a portion of their apps to take advantage of non-mainframe technology and cloud. 26% are migrating off their mainframe. And 24% are slowly expanding their mainframe usage but not changing how they develop code.
Forrester says: "Mainframes have long hosted mission-critical business as applications like finance and accounting applications and ERP applications. This remains a constant today with more than 40% of companies with mainframes still running these workloads from the mainframe. However, more than a quarter of firms see the mainframe as a place to run emerging workloads like blockchain and containerized applications. These benefit from integrated security and massive parallelization."
In an upbeat tone, Oliver Presland, vice president of global product management at Ensono suggested that those people with mainframe knowledge could find themselves becoming increasingly popular, adding: "As our research shows, mainframe has an expanding role and responsibility in businesses across the world. As long as this remains the case, the channel will be desperately needed to fill the gap-especially while appropriate skills remain scarce."

Kiran Desai, senior vice president and global head, cloud and infrastructure services, at Wipro, said that there was a move by customers to modernize their mainframes and there were many already running emerging workloads on the technology. "This research provides two very apt strategies for enterprises that allow them to take full advantage of mainframes-the first being to refactor applications to take advantage of cloud; and the second, to modernize mainframes by adopting DevOps," he says. "We believe modern mainframes will have a significant role to play in the hybrid future of infrastructure."
The mainframe market is expected to grow by a further 4.3% by 2025, bringing it to a worth of nearly $3 billion per annum. Currently, a single top-end mainframe can process up to 790 billion transactions daily. To put it another way, a mainframe can power 30 billion transactions a day. So, it's no surprise that the mainframe remains the backbone of 92 of the world's 100 biggest banks.
According Syncsort's "9 Mainframe Statistics That May Surprise You," mainframes handle 68% of the world's production application workloads, yet they account for only 6% of IT costs. 71% of Fortune 500 companies use mainframes. Mainframes handle 87% of all credit card transactions. And mainframes handle 30 billion business transactions each day.

Putting those together shows just how positive the future for mainframes will be.