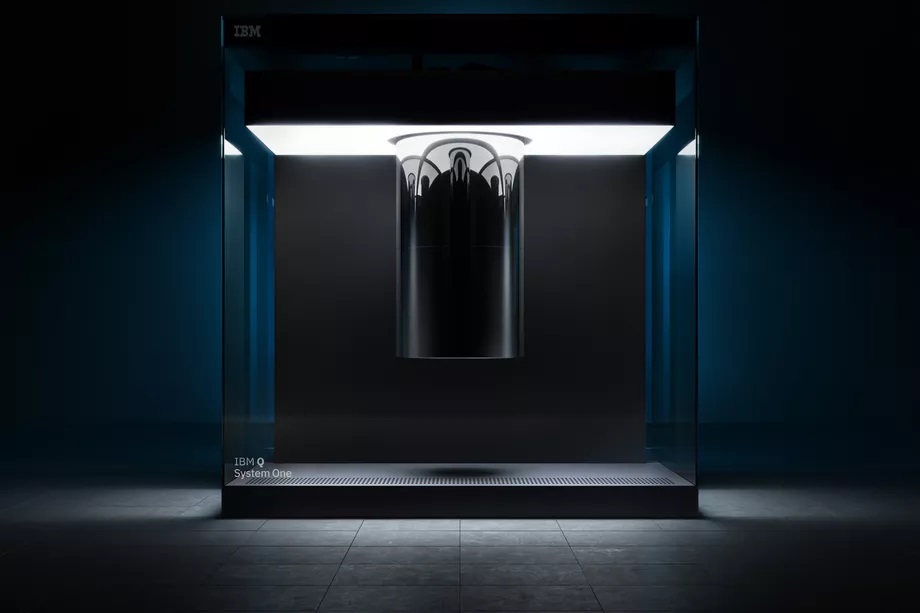 IBM's new quantum computer is a symbol, not a breakthrough

The Q System One is a beautiful piece of engineering, but the quantum computing future is still a way off
By James Vincent Jan 8, 2019, 6:52am EST
Origin: The Verge
In the grueling race to build a practical quantum computer, tech companies are keeping their spirits up by loudly cheering every milestone — no matter how small. One of the most vocal competitors is IBM, which today at CES unveiled the IBM Q System One: a 20-qubit quantum computer that’s built for stability, but with some very flashy design.
IBM is touting the Q System One as “the world’s first fully integrated universal quantum computing system designed for scientific and commercial use.” But that’s a description that needs a lot of context. The Q System One may be designed for commercial use, but it’s not exactly ready for it. Not in the way you might think.
Quantum computers like the Q System One are still very much experimental devices. They can’t outperform classical computers at useful tasks (in fact, your laptop is probably more powerful when it comes to real-life computation), but are instead supposed to be research tools; letting us work out, qubit by qubit, how quantum devices might work at all.
It’s more like a stepping stone than a practical quantum computer.,” Winfried Hensinger, professor of quantum technologies at the UK’s University of Sussex, told The Verge. “Don’t think of this as a quantum computer that can solve all of the problems quantum computing is known for. Think of it as a prototype machine that allows you to test and further develop some of the programming that might be useful in the future.”
And even as an experimental device, it’s not like IBM is going to start selling the Q System One at Best Buy. The company won’t say how much it costs to buy one of these machines or even how many it’s made. Like IBM’s other quantum computers, it’s accessible only via the cloud, where companies and research institutes can buy time on the IBM Q Network. And today IBM announced two new customers on the network: energy giant ExxonMobil, and European research lab CERN, the organization that built the Large Hadron Collider.
So what’s special about the Q System One? Well, IBM says the main achievement is turning an experimental quantum machine into something with reliability (and looks) closer to that of a mainframe computer. Quantum computing is an extremely delicate business. Chips need to be kept at freezing temperatures and can be disturbed by the tiniest electrical fluctuations or physical vibrations. The Q System One, says IBM, minimizes these problems.
“This is something IBM brings to the market that no one else really does. We know how to do integrated systems,” IBM’s VP of quantum research, Bob Sutor, tells The Verge. “The electronics for a quantum computer are not something you go buy off the shelf. You need a temperature controlled environment, you need to minimize the vibrations — anything that might disrupt the quantum calculations.”
Sutor says that a practical advantage of engineering a machine like the Q System One is that it reduces research downtime. Resetting a quantum computer after an upset caused by a power surge or a disgruntled look from a technician is much, much quicker with a device like the Q System One. “What used to take days and weeks now takes hour or days,” says Sutor.
And while these might sound like marginal gains, if we’re ever going to have quantum computers that do change the world in all the ways we dream of (by discovering new drugs, for example, and unlocking fusion energy) reliable research will absolutely be key.
And perhaps just as importantly, the Q System One looks the part. The machine was designed by Map Project Office, an industrial design consultancy that’s worked with companies like Sonos, Honda, and Graphcore. The Q System One is contained in a nine-foot borosilicate glass cube, with its delicate internals sheathed by a shiny, rounded black case. It’s reminiscent of both Apple’s dustbin-like 2013 Mac Pro and the Monolith from 2001: A Space Odyssey. It looks like a computer from the future.
The Q System One is supposed to inspire confidence in IBM
For IBM this is not simply a side benefit — it’s part of the plan. The 107-year-old company may still rake in billions in revenue each quarter (mostly from legacy enterprise deals), but it’s facing what some analysts have called “irreversible structural decline.” It’s failed to come out ahead in the tech industry’s most recent growth areas, mobile and cloud computing, and it needs new revenue streams to carry it through its second century of existence. AI is one bet, quantum computing another.
Sutor doesn’t mention these problems, but he does note that the Q System One is supposed to inspire confidence — both in quantum computing and in IBM itself.
“People, when they see quantum computing systems, their eyes just glow,” he tells The Verge. “And it’s because they understand that these things that were just rumored about, or that were just too futuristic, are now starting to be produced. They can look at these things and say, ‘Ah, IBM sees the path forward!’” And machines like the Q System One are still useful on these terms, giving people a glimpse of the future. But we need to remember, says Hensinger, that there’s lots of work yet to be done. “I wouldn’t call this a breakthrough,” he says. “But it’s a productive step towards commercial realization of quantum computing.”

Quantum computing in a nutshell:
Quantum computing is all about qubits, or quantum bits. These are the basic units of information used by quantum computers. Unlike regular bits, which store data as either 1s or 0s, qubits take advantage of the quantum phenomenon known as superposition. This means they essentially exist as 1s and 0s simultaneously.
The advantage of this in computing is that it exponentially increases the amount of information you can process. A pair of qubits that can exist as either 1s or 0s can embody four possible states. Three qubits can embody eight. But three hundred qubits can embody more states than there are atoms in the Universe.